The National Civic League recognized Cornelius as one of 10 All-America City award winners for 2019.
Cornelius was recognized for its work in inclusive civic engagement to address critical issues and create stronger connections among residents, businesses, and nonprofit and government leaders.
"We are happy to designate Cornelius as an All-America City. They showed us today that they do a great job of engaging the whole city in creating a healthier community," said Doug Linkhart, president of the National Civic League. 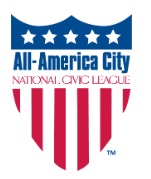 Cornelius has responded to changing demographics by bringing residents together to: enhance economic development through a comprehensive downtown redevelopment plan; construct a new library and learning center; and reform its police department.
In 2012, the city began a partnership with Centro Cultural to jointly co-host Spanish-speaking Town Halls with a translator for English speakers.
Speakers at the 21 Spanish-speaking Town Halls have included community partners and agencies and guests from the U.S. Immigration Department and ICE, who answered questions about current laws and issues of interest to Latino community members.
Twitter